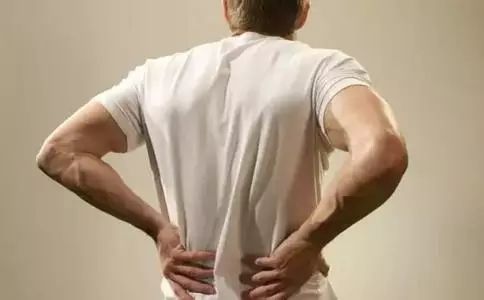 Now, I know I am a right pain in the bum.  I potentially have first degree honours in being a pain.  It’s been something I’ve learnt throughout my time at the University of Life.

I’ve learnt a lot.  I’ve forgotten more than I remember.  And I’ve gained some talents.  Being disruptive and challenging, and saying it as it is, are good qualities.  Right?  Depends on which side of the fence you’re on.

In my youth, I played hockey.  A lot of hockey.  Men’s hockey, schoolboy hockey and mixed hockey.  It wasn’t uncommon to play three times a week and sometimes more.

This has had some repercussions as being crouched and turning quickly put lots of pressure on my knees.  In the mid-80s and early 90s, there was the introduction of astroturf.  It made the game faster, but also had less give than grass.  And my competitive approach meant I went in every tackle hard.  Sliding tackles were the norm, and sliding on astroturf burns your knees.

Now, I feel age is catching up.  Clicking knees and being unable to kneel for a long time.  I’m less supple than I used to be, although being sat, non-stop, in front of a computer screen for the best part of eight hours a day isn’t helping much either.

Wednesday morning.  I bent down to pick up a towel.  Done it thousands and thousands of times.  But this time.  Not sure if it was a snap, crack or pop. Either way, I’m on the floor, unable to move.  The pain took my breath away.  I literally could not move.

What in the hell do I do now?

Ten minutes passed and apart from managing to slow my breathing so it was less painful, I hadn’t achieved much.  I was still flat out on the floor. Another ten minutes and I had managed to place my hand under my back.

Over the next half hour, I reverted back to a nine-month-old and managed to make almost slug type movements.  Over the next hour, I managed to get some clothes on and shuffle around the house.

Gradually I got to a point where I was sitting at the computer working.  Really?  I could barely walk, yet work was my priority.  I have this all f***ing wrong.  Seriously wrong.

It’s a serious downside to working from home as the expectation is that if you can get in front of a computer screen, then you’re able to work.

I struggled through for a couple of hours and had a conversation with a colleague who suggested I got someone to look at my back, and soon.  Reluctantly, I arranged an appointment.  Why reluctantly?  Because I continue to put work over my personal health.  Actually, it feels like there is such an expectation to constantly work because others work through Covid, accidents and medical interventions.

I’ve got it all wrong, but it’s all going to change soon.

Taxi booked.  I shuffled and managed to get to the appointment.  A torn muscle at the base of my back was the diagnosis.  The osteopath could see the swelling and identified the exact location where the main pain was.

I felt I was in good hands, albeit hands that would ensure that there is no gain without pain.  Thirty minutes later I’d been poked, prodded, massaged, pulled, pushed, turned and stretched.

I already felt some improvement, but it was made perfectly clear, that there is no quick fix.  It is going to take TLC, patience and gentle exercise. Maybe four to six weeks.

I had a bigger issue – Thursday was D7 Visa Application Day.

While I was paralysed on the floor, at the forefront of my mind was my visa appointment. I had 24 hours to get off the floor, travel to London and attend my appointment.

Being stuck to the floor, I could see the last two months of preparation for my appointment flash between my eyes.  Securing another appointment could delay moving by a month.

But I was not going to let the appointment pass.  No matter what, I was going to get to London for my appointment.

Thursday morning, I set the alarm a couple of hours early.  I had no idea whether I would be even able to get out of bed so I needed to give myself enough time.  There was no need to set the alarm though as I had very little sleep.  Lying was uncomfortable and turning over almost impossible.

Despite the pain, I managed to get myself sorted and out of the house.  I live a ten-minute walk to the railway station, but it took half an hour to shuffle there.  In fact, walking wasn’t too uncomfortable.  There was the occasional intake of breadth when stepping up a kerb or a slightly uneven pavement, but overall, it was ok.

Once I was on the train, being sat upright was bearable.  Fortunately, the train wasn’t too busy so I was able to subtly move on the seat to gently use my muscle.  However, the occasional jolt whilst going over railway points wasn’t so comfortable.

When I arrived in London I knew I had another ten-minute walk to the appointment, and I had plenty of time so the ten minutes again stretched to thirty minutes walking.  Plus I stopped to get a coffee as well.

Arriving at the London VFS, I had a fifteen-minute queue to get in and get my appointment ticket.  An hour and a half later I was on my way back to the train station.  D7 Visa submitted.

Six days on from tearing my muscle, I am still really struggling.  Every time I sit, stand or lie, it is tender.  I’ve continued to shuffle around the house and the occasional time I’ve gone out.  But it’s a lot better than it was.

I’ve also learnt a lot.  Who would’ve known how much you use your lower back muscles when you laugh, cough or sneeze.  And with the start of hayfever season, the sneezes have been in an abundance.  And blinking hell, every sneeze shoots through my back muscles.

It also brings a whole new meaning to baby steps.  At the moment, I simply can’t take any bigger steps – it hurts too much.

This blog was originally going to focus on my D7 application, although I will go into the detail of my appointment, the documents I provided and the specific queries I received.

As always, thank you for taking the time to read.  It’s much appreciated. The last month of so has been a little tricky in getting my blog completed weekly although I will endeavour to get back to a regular weekly blog. Thank you for reading, it definitely helps drive me on.

4 thoughts on “A right pain in the back. D7 Visa application in jeopardy?”