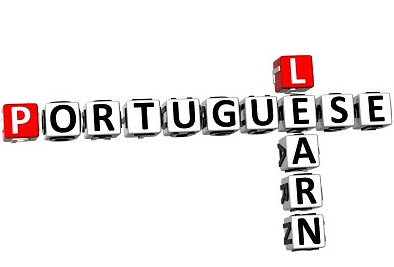 Hello, welcome to my blog about learning Portuguese.

My initial approach was basic.  Really basic.  The picture book ‘First Thousand Words’ was my starting point.  Coupled with a Portuguese dictionary I bought in a local charity shop.

Beginning with the pictures, I found it relatively easy to begin to name the items around the house.  It is when I’m playing snap with a physical item and the picture in the book.  But then remembering what the item is in Portuguese without the book, was much more challenging.

I’d struggle with words like “as facas”, “os garfos”, “as colheres” and “a mesa”.  These were words I was practising daily.  I do find it frustrating that I can’t remember the Portuguese word for plate or glass even though I’ve said it lots of times.

So, when there is a book in front of me, remembering the word isn’t too bad.  It’s just when I don’t have any prompt.

Therefore, my next step was to litter the kitchen with post-it notes.  This helped.  Each time I open a cupboard, I would do my best at remembering what the item was called in Portuguese.  Sticky notes don’t hang around much and soon fell off and disappeared.

But between these two approaches, I was becoming a little more confident with a handful of words.  But not many more.

Coupled with this, I dabbled with a couple of apps – Drops and Memrise.  Drops focus on objects, initially on food and dining which complemented the First Thousand Words I was learning.  Memrise focused more on conversational Portuguese.

A little every day

By doing a little every day, I was hoping I was absorbing all these words in my memory sponge.  Err, no.  The odd word began to stick.  But they were few and far between.

I was though, beginning to recognise written words (without pictures) and remember what they meant.  But seeing an item and trying to remember the Portuguese word just wasn’t working for me.

So far, most of my ‘learning’ has been driven by written words.  Although the apps do provide pronunciation to support the words (and pictures).

I know that pronunciation is going to be challenging too, so capitalising on some redundant time while driving, I start listening to some Portuguese podcasts – The Portuguese Lab and Mia Esmeriz Academy.  Both are good podcasts and provide additional resources or support.

For me listening to Portuguese while driving is background noise rather than focused learning.  However, this periodic listening helps with subconscious learning.  By listening to podcasts that complement the other sources I’ve been using then I feel as though I’ve made some progress. I’ve also just stuck the headphones on during a quiet few minutes to listent to podcasts.

There are also some YouTube channels that I have dipped into.  Mia Esmeriz Academy and  Talk the Streets are two that I’ve included in my diverse portfolio or resources.

I was making progress.  At a pace that I was able to both commit to, and was comfortable with.  As I began to arrange my scouting trip earlier this year, I needed more of a crash course to be more confident when I travelled to Portugal.

For a crash course, there are so many options.  A day or week of intensive learning.  One-to-one, small groups, large groups, “go at your own pace” and a myriad of other combinations.

There are so many recommendations across the various forums and groups that it was becoming really difficult to choose.  In the end, I opted to Speak Portuguese with Ana.  The beginners’ session was at a convenient time and day for me and having the structure of a weekly session would ensure consistency, without the intensity.

For me, the structured approach was beneficial.  In addition, the course uses Português XXI, Livro do Aluno as the main resource.  Adding this book to my library meant I was able to add post-it notes and comments all over the book.  It actually looks like a rainbow with the number of colours and post-it notes I’ve used.  A really simple approach I took was using a different colour for male and female words, and verbs.

The ten-week beginners’ course meant that I completed the whole course the week before I arrived in Portugal for my scouting trip.  And I was really pleased I had completed it as I was able to say some basic Portuguese words and phrases.

“Desculpa não entendo, sou inglês” perhaps became my most used phrase.  But at least I could say that!

I tried to start every conversation in Portuguese though.  In the pastelaria,  supermecardo and the correios.  In restaurants, I made every effort to order in Portuguese.  Clearly, not particularly well as the empregada de mesa always spoke to me in English.  But I persevered.  Equally appreciating that the Portuguese want to practice their English as well.

On returning from Portugal, I signed up for a second ten-week course with Ana.  Much of this was practising everything I had previously undertaken.  And did I need the practice?  Oh yes.  Definitely.

I’ve found my second beginners’ course really helpful.  However, I really need to be practising Portuguese every day and until I am in Portugal, I am going to find learning Portuguese incredibly difícil.  For me, it’s the regular usage of common words that are going to build my vocabulary and confidence.

I’ve decided to take a break from the structured approach until I have greater clarity on when I will be heading to Portugal.  I am though continuing with the more informal approach including podcasts, apps, YouTube, the First Thousand Words and the Português XXI workbook.

Expats Portugal have started a “15 minute a day” challenge encouraging people to do their 15 minutes of learning Portuguese.  I am a great believer in doing things little and often, so while I don’t time myself, I am not too far off 15 minutes of Portuguese each day when I consider the various ways I’m approaching it.

Overall, I have made progress in learning Portuguese.  I’m past first base and have some of the basics.  But I am finding it really difficult.  I’m persisting with it and finding different ways to add to my Portuguese vocabulary.

Finally, I have explained previously that I was diagnosed as dyslexic during the pandemic.  While this has given me some answers, it has helped me be more measured in beating myself up because I don’t make progress at the same pace as other people.  Everyone else on my course is either living in Portugal already, are proficient in several languages or their partner is Portuguese.  In fact, most people have a combination of all three.  So I have no expectation that I will pick up Portuguese as quickly as other people.

I have always known (and been told) that my diction and pronunciation of English has been challenging.  Despite winning various public speaking competitions when I was younger (I really did and I’ve the certificate to prove it) I know that I struggle.  Add Portuguese pronunciation into the mix with silent letters, cedilla ç pronounced as s, soft sounds and hard sounds, and I’ve got my work cut out.

In summary, I’m making progress in learning Portuguese.  I’m approaching it in different ways.  Some have a direct impact, others not quite so.  Every new word learnt is another one en-route to the first thousand.  I can say a little about myself, know the basics of the house and at least try to order food and drinks.

Despite Portuguese being a difficult language to learn (I’ve lost count of the number of people who have said that to me), I am persevering and I am determined to steadily grow my vocabulary.

If you’re enjoying my blog, please do add a reply below or simply click on a logo to share it on social media. Thank you. Muitio obrigado, Marc

2 thoughts on “Learning Portuguese. My excitement, approach, challenge and determination.”