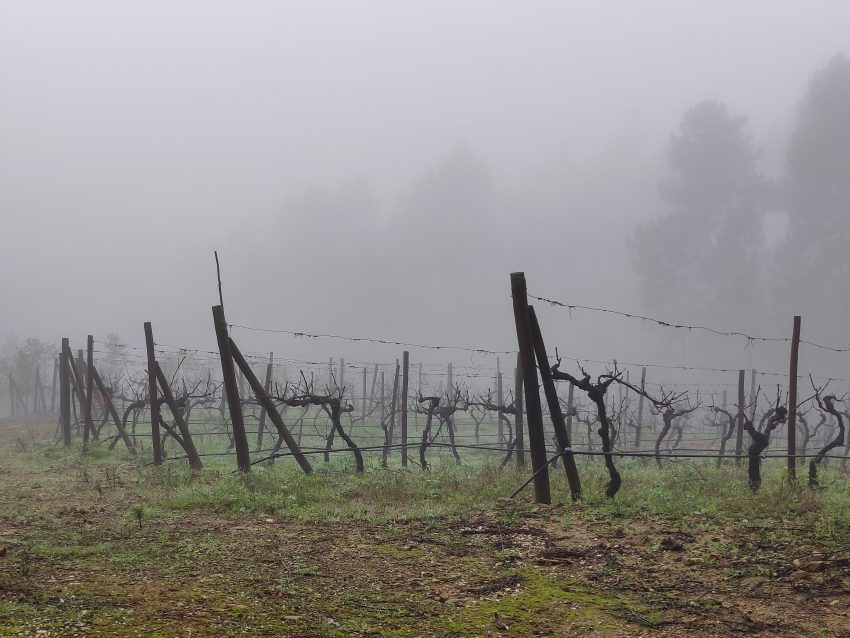 Chuva forte!  Rumour has it December has started off as the wettest on record in Portugal.  I’ve no idea as this is my first December in Portugal, but the chuva [rain] has been persistent and forte [heavy].

We’ve had our fair share of thunder and lightning as well.  As well as being blessed with some of the most amazing rainbows.

This has meant most of the time either being wrapped up in waterproofs and under an umbrella or spending time indoors.  Mainly the latter.

Just for comfort, the weather forecast for the next week is also more rain.

Over the last couple of weeks, I’ve had my wood burner fitted.  I’d like to say that I fitted it myself, but I mainly watched the fitting!  Thank you to Jaz from Quinta-Essencial.

Back to the weather forecast, the temperature dropped over the last month and it was definitely colder at night.  But since it’s been fitted, I’ve not had any need to light it (apart to test it!).  One of the benefits of the rain and heavy cloud I guess.

Another benefit of the rain is that I’ve been able to get a few more tasks ticked off the list.

Matriculation of the car is, I believe, almost complete.   The IMT (Instituto de Mobilidade e Transportes) require the original of the consulate certificate which has been mailed to them, but I hope that outside that it is now completed.  Albeit a few weeks wait for the administration to be completed.

I’ve revisited the Centro de Saúde to register for my Servico Nacional de Saúde.  Still without my S1 Form (as I am not eligible for one) but on this occasion, I managed to get everything completed and, I believe, I am not registered on the Portuguese health system.

I have also got private health insurance as I don’t believe it is fair that the Portuguese pay for all my healthcare as I’ve not contributed to their service.  As I am now a resident of Portugal, I am entitled to their healthcare services, but entitlement doesn’t mean it’s a right.

The time at home has also enabled me to register as a non-habitual resident (NHR).  I’ve submitted the form and, like many things, it’s now a case of waiting.  Hopefully early in the New Year it will all be confirmed.  Although I anticipate I’ll need to provide a document or two.  Originals of course.

In between all the admin, I’ve tried to learn a little more Portuguese.  My trusty “First 1,000 words in Portuguese” is beginning to get a little curled at the edges.  My Portuguese vocabulary is improving (slowly) but deciphering spoken Portuguese is where I really struggle.

So, watching more Portuguese TV and some Portuguese films on Netflix has become a daily routine.  It doesn’t feel as though it’s improving but maybe it is pouco a pouco.  I have enquired at the local council about Portuguese lessons,  They have asked if I can contact them in the New Year.  Hopefully, they will be able to assist.

However, I only speak Portuguese when I go to the padaria, taberna or supermercado.  It’s limited Portuguese, but it’s Portuguese all the same.  Next on the list is the açougue.  Passos de bebé (CooWooDoo)

It’s been a short blog, as well as a missed blog last week, but I prefer not to bore you with even more weather updates.  At the moment, they are pretty much the same.  Chuva e mais chuva.