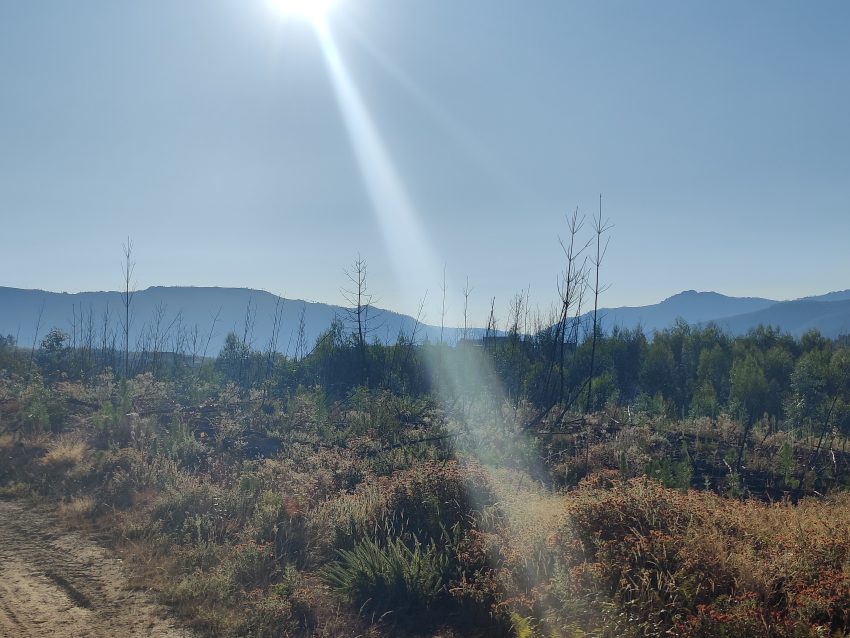 It’s coming to the end of my first week in Portugal.  And I’m not afraid to say, I am loving it.  Absolutely love it.  Apart from one thing which I am finding tough.

My first full week has been busy.  The first few days were cleaning, unpacking and buying some essentials.  Surprisingly, I didn’t have a list.  Well, not one that was written down.  But I had two things I needed to organise.  And organise them quickly – a bed and a fridge.

When I arrived on Saturday, I made up a bed on the floor.  No big deal, but I didn’t want to wait too long before I had a little comfort.  I have been sleeping on the floor for the last fortnight since selling my bed, so a decent mattress is high on the list.

Therefore, Sunday I was back in the car, heading to Lisboa.  To the big warehouse with a blue and yellow logo.  For those who have been worried on my behalf, I can confirm you can purchase furniture in Portugal.

Bed and mattress sorted.  As well as a chair and a small storage unit.

I avoided being duped into filling a trolley with lots of other things.  All the things that are so practical when you’re walking around, but never actually use them.  Although I bought a couple of pillows and a sheet.

By the time I returned home (yes, I already call it home, albeit a temporary one) it was getting late and I cracked on with making the bed.  And the chair.  I unrolled the mattress, well it sprung out of the wrapper really.  It fitted perfectly and looks great.  But, glancing at the “important information” you are not supposed to sleep on it until it has been unwrapped for 72 hours.  Another night on the floor.

So at the end of day one, I had a bed which I couldn’t sleep on and a chair.  I felt as though I was winning.  The house was a tip, it still needed a damn good clean.  While it is a newly refurbished house, but the final deep-clean hadn’t been done.  But I’ve had loads of practice in house cleaning!

Monday saw me heading into Oleiros.  Two reasons.  Firstly, there is free internet in the main town square.  Secondly, I need a fridge.  After being sat using the free internet for an hour or so, it was time to go fridge hunting.

I believe there are three electrical shops in the town.  Not bad for a town with a catchment area of around 6,000 residents.

After two shops, I bought a €3 CR2032 battery.  Not really a fridge!  However, I’d seen a fridge freezer that would fit but, typical me, wanted to do an extra bit of research.  So back to the town square for the free internet!  Facts checked, I returned to the shop and bought the fridge freezer.  Oh, and a washing machine.

When the owner of the shop advised it would be delivered that afternoon at 2:30 pm, I had to question her three times.  Really?  Same-day delivery?  Yes, it was true and such speedy delivery would be brilliant.

He explained that he couldn’t find the house despite asking several people.  Also on the van was a faulty TV, which he picked up from the adjacent house.  He had been parked less than 20 metres from my house and then ended up driving for more than 30 minutes as he couldn’t locate it.

By the end of Monday, I feel that I am winning.  The house is beginning to get organised, and clean. Every so often, I sort out the next box of bits but it is at a really leisurely pace.  I only brought a carload!  So it’s not going to take long.

The weather on Tuesday was too good to be sorting out the house.  So I headed to the Praia Fluvial de Cambas, the river beach just 8km from home and had a super swim in the Ribeira do Zezere.

I also visited the Miradouro do Cabeco Mosqueiro (viewpoint of Cabeco Mosqueiro) a 360° viewing platform, picnic and barbeque area no more than 15km away.  They have conveniently built a staircase up the side of the mountain for you to walk up.  Fortunately, you can also drive!  It is the final point of the PR3-OLR footpath, one of the many walking routes across Portugal.  Realistically, it’s a hike as opposed to a Sunday stroll as it’s 8.9km and a gain of more than 200m in height.  One for the future.

Wednesday started with a 9km walk up and down a few serras [mountains] and through a couple of the local villages.  The remainder of the day focused on getting the house finished.  By the end of Wednesday, it was all done.  I was definitely winning.

My plan for Thursday was to head to a few small villages I had driven through previously and help with more orientation.  I got distracted though.  After the second village, Cardigos [Cardigans] I visited the river beach Praia Fluvial de Cardigos.  And didn’t leave for a couple of hours.  I ended the day with a stroll around Serta.

Friday ended up being an administration day.  Sorting out the electricity account, broadband, HMRC and a few other bits that needed to be finalised or sorted – both in Portugal and the UK.  Not to miss out on another swim, and to cool down a little, I headed back off to the Praia Fluvial do Cambas.

Who knows what’s in store for the next week?

The Festa do Roqueiro is taking place in the village.  The festival includes a procession, the “torneio de seuca” (seuca is the most widely played card came in Portugal) and a series of concerts.

The Volta a Portugal Continente also passes my door on Sunday.  Ok, being honest I’ll have a 10-minute walk to where the race passes.

Wednesday sees the start of the Feira do Pinhal (Fair of the Pine) in Oleiros.  A week-long festival of music, culture and entertainment.

And I’ve got some property viewings being lined up.  Bring it on.

One thing is tough….

Back to the one thing that I’m finding tough.  It’s simply my daughters being so far away.  I knew it would be tough and despite speaking with them and video calling every day, they really do feel like 2,000 km away.

I know it will get easier as we all adjust to not living around the corner, but it is challenging.  I initially focused on getting the items unboxed that remind me of my daughters and this has definitely helped me and brought them very much into my new home in Portugal.

Give it time and I’m sure they’ll be visiting me in Portgual.