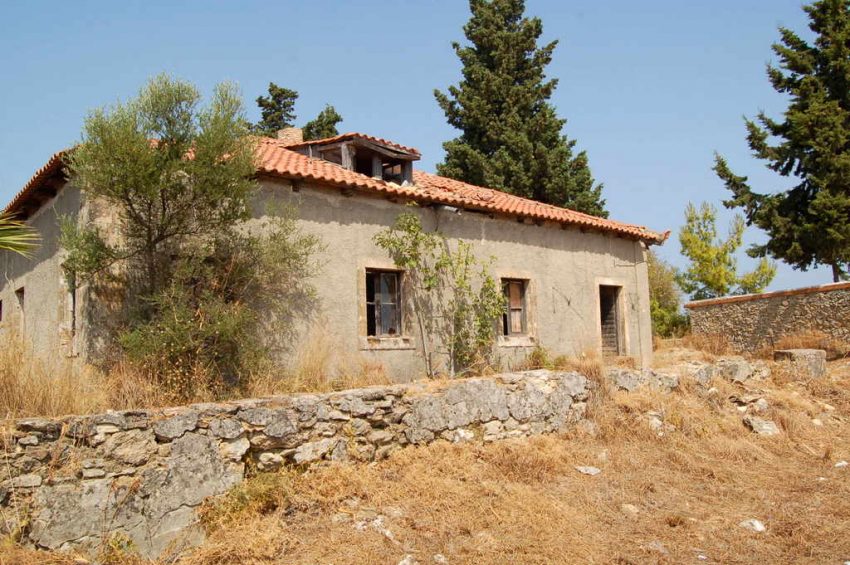 The main purpose of my scouting visit to Portugal was to get a much better understanding of the property market and, what I could get for my money.

I feel my approach is different to many other house hunters.  As mentioned in my previous blog about the location, the scouting trip tried to focus on what I didn’t want rather than what I did want.

My property search was not too different.

Before getting on the plane, I had twelve properties scheduled to view.  In addition, I had two estate agents who were lining up additional properties to view.  It was definitely going to be a busy ten days.

Twelve properties is a lot.  And there is a chance I’ll forget the first by the time I get to the end.  Actually, that’s part of the plan.  The properties that stand out will be memorable.  If I don’t’ remember a property, it’s clearly not for me.

So my main approach was to look at properties at the extremes.  This would exclude details of properties from my list rather than add them to the list.  An unorthodox approach.  Maybe.

Starting in the bedroom

Firstly, I focused on the number of bedrooms.  The minimum requirement was two bedrooms (but ideally three).  So I viewed properties that had one bedroom and the scope to make another bedroom in the attic.  Most of the properties had three or four bedrooms.  I also viewed one property that had six bedrooms.  Admittedly split over two adjacent properties.

Remembering that bedrooms in Portugal are typically smaller than in the UK, quite a few of these would need internal work to make two or three bedrooms of a suitable size.  Several properties also had scope for an additional self-contained annexe or studio.

The outcome.  Crossed off the list are one-bedroom properties and anything over five bedrooms.  My original thinking of two bedrooms is also off the list.  Two Portuguese sized bedrooms just won’t be enough room or flexibility.

Three bedrooms, with scope for reconfiguration or an outbuilding that could be converted, is most appropriate.  Four bedrooms would also work.

Next on the list is the kitchen.  Fortunately basic is the standard of a kitchen in Portugal.  Actually, in most of the properties I viewed, the kitchen was a little more primitive.

Open fires and bread ovens are normal in Portuguese kitchens.  Small cupboards and workspaces.  Many properties also have an outdoor kitchen which creates extra space and, with the so generous weather, why wouldn’t you capitalise on it.

Where there was some evidence of a kitchen, they all needed work.  For those people who are seeking a house in Portugal with an amazing kitchen, you’ll need to rethink.  Trust me.

This is all fine as minimalistic and simplicity is what I am craving so a kitchen that needs a little work, I know a complete gut and re-build, is no problem.

I had no preference of where the kitchen was located.  Some houses have the kitchen as part of the main house.  Others have an extension that has a separate entrance.

Few options were crossed off the list.  Probably because from the properties I saw, most can be reconfigured.  I have though dismissed a property where there is not the scope to have the kitchen within the main living area or immediately adjacent to this area.

I need a wee

Like every other country in the world, Portuguese houses did not have bathrooms.  Therefore, many bathrooms have been built in an extension or remain separate from the main living area.

As with the kitchen, the majority of bathrooms I viewed were from basic to (almost) non-existent.  While some included a bath, others a shower, almost every bathroom included a bidet.

They are functional rooms and I am definitely not seeking luxury.  Just hygienic.

Like the kitchen, apart from one, every bathroom I saw needed work.  The one that doesn’t need work had recently been converted to a wetroom.

This brings me to the condition of the properties that I was viewing.

My starting point was it needed a roof in a reasonable condition, it was not a ruin nor complete rebuild, but it needed work and renovation.  Essentially something habitable.

In my attempt to look at the extremes, I viewed a property that was ready to move in.  A coat of paint and some personalisation would be enough to make it feel at home.  I also viewed a house where the roof would need a lot of work.  Every floorboard was riddled with infestation.  All the ceilings would need to be pulled down and, effectively except for the external walls, it was a complete rebuild.

The work doesn’t scare me.  My ability does.  My building skills aren’t at the level of a rebuild.

After the first property, which incidentally was described as habitable despite recently having had a kitchen fire and fire damage in a part of the roof, I immediately had a better understanding of what to expect with the remaining houses.

Damp is an issue in Portuguese houses.  Few houses have any protection and the efforts made are insufficient.  Properties, where the living area is on the first floor, removes some of the issues.  Insulation, heating, better windows and damp protection will all help.

Because I kept focused on the extremes, I wasn’t fazed by any of the properties I saw as it was about getting a measure on the condition of properties and how much work I could do myself.  Not forgetting that behind what the eye can see, the work is probably twice as much.

There was one house though, where after five minutes of viewing, I stood and thought “what the hell am I doing here?”.  Where most people would just walk away and close the door, I stuck with the viewing.  After an hour, I probably found out more about the building requirements, costs and pitfuls of renovation from the estate agent than all the other house viewings collectively.

How much land is enough land?  I see this question regularly in forums and quite simply there is no answer.

Previously I lived next door to a cemetery which was around two hectares.   Effectively around two and a half football pitches.  In my mind, this was around the size of land I was looking for.

But as with my general approach of viewing the extremes, I viewed properties of a few hundred square metres through to more than two hectares.  One property I was due to view and a massive eight hectares.  As it happened, I didn’t view this land as it was spread over a much larger area.

Unsurprisingly, while I was looking at the size of land, I was really looking at the volume of work required on the land.  Yes, two football pitches can accommodate everything that I am seeking.  But, for me, it’s too much.

A hectare of woodland takes an awful lot of work.  Especially if it is eucalyptus trees.  Similarly, a hectare of agricultural land is a lot to manage.  That is a rather large vegetable patch.  The same can be said for fruit trees, olive groves and vineyards.  I hear myself asking the question “how much land is too much land?”.

My viewings took me to a property that had enough land for a veg patch, but nothing more.   One property had no ‘arable’ land, but a massive forest.  I explored terraced land, hillside (err, near-vertical), flat and undulating.  From a completely blank canvas through to a fully functioning smallholding/homestead.

Without a doubt, I am looking for land that has variety.  An area for vegetables, fruit trees, vines, olives as well as a little bit of wooded area.  Relatively flat or terraced.  To achieve this, an area of between half and a full hectare is about right.

In addition to the land, there is the need for outbuildings.  In my viewings, I found that outbuildings were often relative to the size of the land.  The larger the land, the more outbuildings.  Most two storey properties use the ground level for storage, but I do aim to get a property with additional outbuildings that aren’t directly connected to the house.

While this summary highlights some of the things that are on or off the list, there were features of individual properties that appealed.  After viewing sixteen properties, my scouting trip has definitely given me a considerably better understanding of property in Portugal and helped me really focus on what is non-negotiable in my property search.

In fact, most things are negotiable and I continue to be open-minded.

Now I’ve been back in the UK for ten days, two particular properties keep coming to the forefront of my mind.  But it’s a long way to go for a second viewing…..

As always, if I’ve captivated you to this point, thanks for reading.  It’s much appreciated.