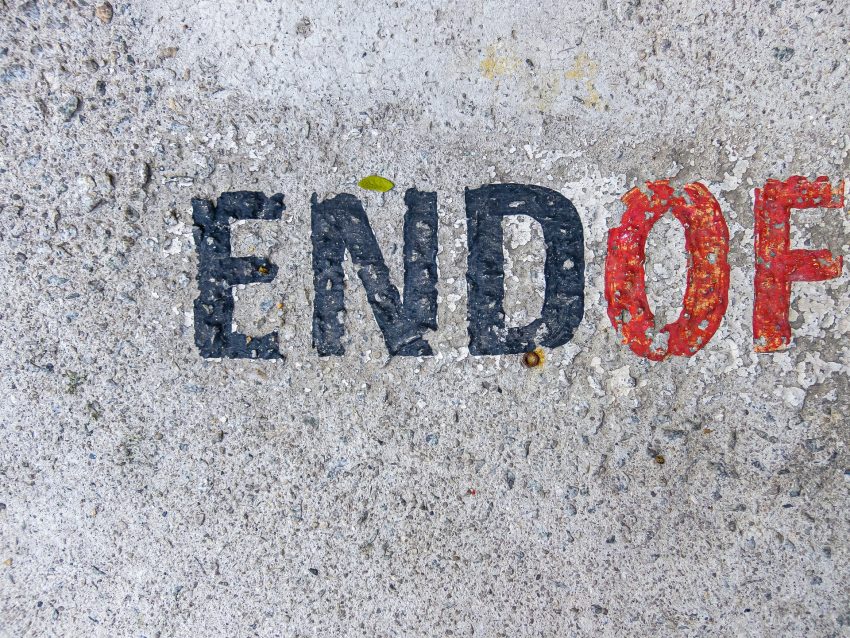 After originally signalling my intention to leave my employment around fifteen months ago, it has been a long “notice period”.  My colleagues were notified in August last year, and then the official resignation came three months ago.

Having the knowledge that I will be leaving my job for such a long time and with colleagues being aware of my pending move, I have found it challenging at times.  I suppose it is a little like waiting to go on maternity leave (not that I really know what that is like!) or retirement.

Separation of work and life

So the change is massive for me.  I’ve been working for thirty-five years in busy roles in both retail and charity.  I have held mostly senior management roles, although a good friend reminds me I’m the best non-managing manager she has ever had.  I take that as a positive due to my intention to empower people.

I’ve had some amazing times and met some fantastic people.  I’ve put the hours in and been fully committed to my jobs, maybe to the detriment of other things.  I’ve achieved a lot.  Won awards.  Secured multi-million-pound philanthropic gifts and contracts.

While I’ve immense respect for so many people I’ve worked with, I rarely continue to keep in touch with former work colleagues.  This is mainly because I have always kept work and home life completely separate (although working from home has impacted that significantly).  Partners haven’t understood that I don’t talk about work outside of work, but that is just how it is.

Now, as I start my new adventure, I am determined to keep in touch with more people.  It’s two-way, but hopefully, now that I am embracing (probably an exaggeration) social media, there are many touchpoints to keep in touch.  I know that I’ve also lowered my guard and I have become more open.  I’ve always had a policy that you can ask me a question and I’ll give you an answer, but I don’t usually start the conversation about my life outside of work.

Recently, I have had more conversations with people as to what my work plans are once I leave full-time employment.  The simple answer is….  There aren’t any.

I know. I can’t believe it either as I have always needed to have a plan, be organised and prefer structure. All those ideals are thrown out the window.

Realistically I am taking a career break, but what plans evolve regarding future work are unknown.  But taking some time off for myself is definitely the order of the day.

However, the thought of retirement is appealing, but I am not old enough to “officially” retire.   While I am heading in that direction numerically, I am definitely not at retirement age.  I’ve at least five years before I can even begin to think about any income from my pensions.

Just to reiterate to those who will question again, I have no work plan, honestly, I don’t.

So taking a career break at the age of 50, with limited regular income, is either crazy, stupid or brave.

But this is part of the adventure.  As I’ve shared in previous blogs, I have been focused on creating a safety net, playing safe financially and being relatively risk-averse.  The change in mentality is going to challenge me.

I’ll have to change things like using my credit card during the month and then paying the bill when I get paid.  Um, no pay so how will I be able to pay the credit card.  Don’t use it!  I’ve minimalised my methods of payment and have progressively moved across to use Wise as it gives the flexibility of both GBP and Euro (as well as other currencies) and it’s so easy to switch between them.

For clarification, I’m not an economist, but I reckon Portugal’s debt of €234b (€23,000 per adult) is a much more favourable position than the UK’s comparative debt of €2,660b (€40,000 per adult).  I fully appreciate Portugal’s economy is not as buoyant as the UK’s, but enabling it through ten times the amount of debt is perhaps not a solid budgeting approach.  Here endeth the finance lesson.

No time to get bored

Returning to my “career break” I am sure the next few weeks will feel as though I am just on leave from work.  I’ve a long to-do list that I need to work on so I am definitely going to be kept occupied.  I’ve a couple of days out scheduled, and a holiday to get packed for.

By the end of July, I will be homeless in the UK and, all being well, en route to Portugal.  As soon as I get to Portugal, the to-do list is even longer and the property search becomes the priority.  That is going to keep me busy for a while!

I’m definitely not going to get bored, but it is a complete change of mindset, pace and focus.  And I’m ready for it.

Thanks for reading! It’s much appreciated.  If you’re enjoying it, please do get in touch or reach out by adding a comment below.

Featured image is used by kind the permission of Etienne Girardet