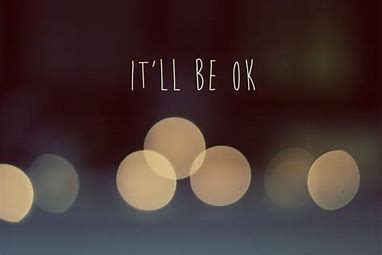 Honestly, it’s been quite a week. Swinging between positives and negatives. Small steps forward, then the odd one backwards. Good news and bad news in equal measure.

The buyers solicitor had a further round of questions to ask. One of these drew a puzzled look. Thanks to the local council’s planning department, the queries were resolved. Add to that, a couple of statements needing signing. That’s the next round of questions completed.

Still waiting for any indication of a date though. The buyers wanted to be in before Christmas. Given we’re now 10 days away, that is looking rather unlikely. But never say never.

Assuming we’re still working towards Christmas, this presents me with a few small problems. No where to move to. No where to store my stuff. And, no where to spend Christmas. It’ll be ok.

There are still very few properties available to rent – definitely nothing I can sort in a week. The time of year doesn’t help. But the biggest problem is not having any indication of a date – other than ‘hope before Christmas’. Now, I’m reluctant to take a house without a date. Which means we’ve potentially missed out on one or two, but I could easily have been paying rent for two months and not even moved in. Two viewings this week and a third trying to be arranged. It’ll be ok.

I had a storage company lined up. That’s fallen through. But I’ve sorted an alternative and can start moving stuff this week. Not ideal, but it’ll do. Three bedrooms are now empty apart from the beds. One bathroom, and one cloakroom done – doors shut never to go in again. Kitchen has been packed up. Post has been redirected to a safe address. So where possible, steps are being made. It’ll be ok.

Brings it back home

With so much going on there is always lots of busyness and juggling. Head down just getting on with the job in hand. But this week, I’ve had two reminders why it’s time to start something new and trust the magic of new beginnings.

Firstly, a very honest conversation with someone who I don’t talk with as much as I should. I listened. I’m pleased with the honesty. I’m already learning from it. But it was tough. Really tough. But I know – it’ll be ok.

The second made me stop and think. Life is simply too short. A colleague I worked with for 12 years, died of cancer. A larger than life individual who was like marmite. You either loved or loathed him. I was the former. He was fickle, bloody-minded and took no prisoners. But within his profession, he was one of the best. Light’s gone out, but it’ll be ok.

I’ve given myself time this week to reflect. It’s not going to be easy. But I believe I’m on the right path.